Rhodiola (Hong Jing Tian) is classified as an adaptogen. An adaptogen is defined and limited by an ability to affect the hypothalamic-adrenal axis in such a way as to improve the body's ability to respond to stress to that axis (meaning it has a nonspecific ability to assist the body to withstand stress and maintain normalcy even when threatened with pathological conditions). As such, it is similar to a number of other herbs including siberian ginseng, reishi mushroom, ginseng, codonopsis, and ashwagandha.

Rhodiola Properties:  Slightly Warm, Bitter
Rhodiola Meridians / Channels:  Stomach, Spleen
Rhodiola Naturally Occurring Components:  salidrosides, tyrosol, dendrolasin, safranal, 17 amino acids needed by the human body, of which 7 can not be synthesized in the body. It also contains 21 trace elements, a number of vitamins and various volatile oils, alkaloid and flavones. These active elements are highly potent and play very important biological functions. It is one of the best gifts of nature that helps the body to adapt to different, especially to adverse environments with its adaptogenic and bi-directional modulating functions, discharging in case of excess and supplementing in case of inadequacy, thus keeping the body in biologically healthy and balanced condition.

Mechanism of Action: Recent clinical research supports the energizing and anti-hypoxic effects claimed by Traditional Chinese Medicine and Russian researchers. In the 1986 study by Kuruov, it was concluded that Rhodiola extended life significantly in states of hypoxia. Rhodiola exhibited this effect through a lowering of arterial pressure, reduced heart rate and lengthening the phases of cardiac contractions. Researcher Carl Germano concludes that Rhodiola has the ability to rapidly normalize lactic acid accumulation.

Reduced Recovery Time: Rhodiola is believed to increase the levels of the enzymes and proteins important to the recovery of muscle after extensive exercise. 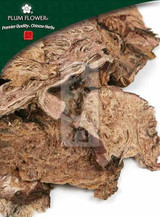 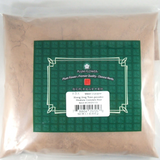