The Mighty Mushroom - What is a Fungi?

Medicinal mushrooms (sometimes called toadstools) have been used in traditional medicine for thousands of years. They have a variety of health and therapeutic effects. Mushrooms are small living organisms that look sort of like small umbrellas. Although they may look somewhat similar to plants, they are not technically classified as such. There are over 3,000 types of mushrooms currently known, classified as fungi. Some nicknames that various mushrooms have picked up include immortal mushroom, fairy stool, hen-of-the-wood, hedgehog fungus, royal sun agaricus, and monkey's head.

How do mushrooms obtain food and nutrients?  Easy, mushrooms absorb from the soil and decaying wood in their environment. The mushrooms will develop slender filaments, called mycelium. These mycelium penetrate underground and assimilate nutrients. They're a vital part of the mushroom's make-up.

Mushrooms have an interesting past and present history. Penicillin and tetracycline are derived from common mushrooms. In the past, people would gather mushrooms and apply them to open wounds, sores, and rashes. They would use different methods to accomplish this such as using them as a compress or poultice.

Some mushrooms have many medicinal properties while others have poisonous flesh. On top of that, many mushrooms look similar to one another and even professional mycologists sometimes have trouble telling them apart. That being said, you should never eat a mushroom you find unless you are absolutely positive that you know what it is. Always err on the side of caution.

Mushrooms have a variety of different parts. Mushroom's don't always look like the diagram below, but it's a good place to start when looking at what exactly a mushroom is and how it grows. 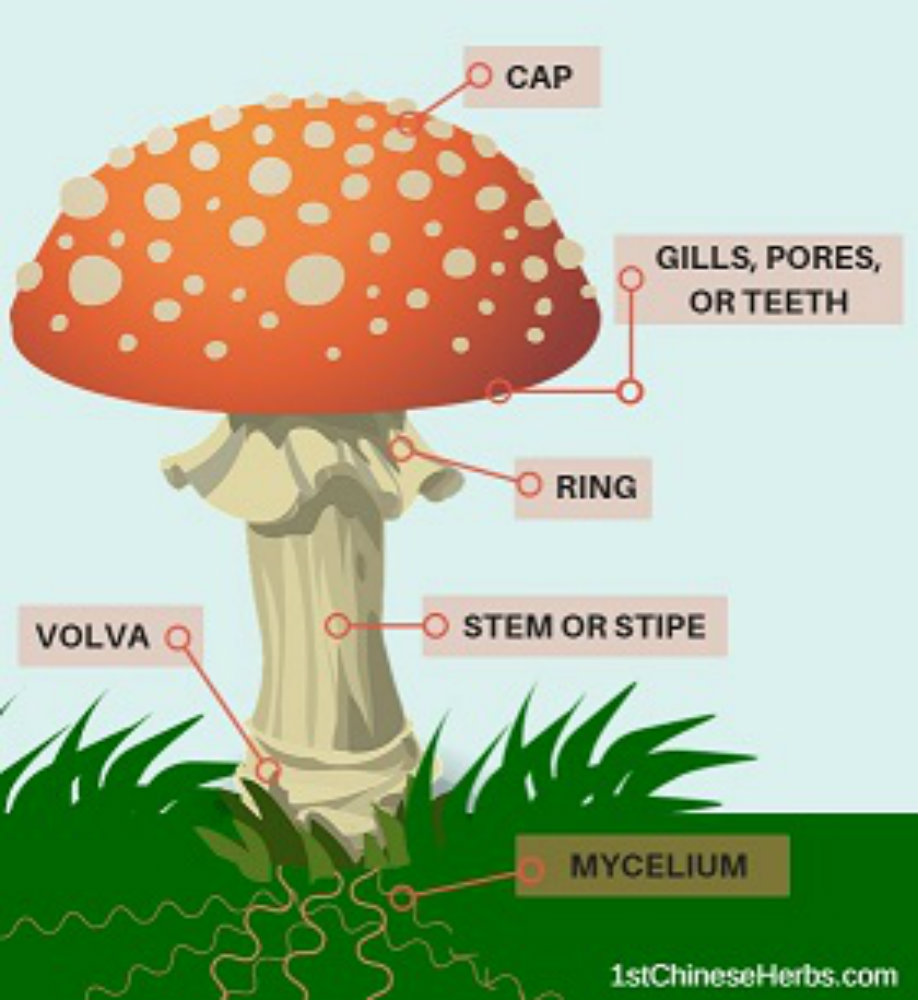 Cap: The cap is the top of the mushroom (and often looks sort of like a small umbrella). Mushroom caps can come in a variety of colors but most often are brown, white, or yellow.

Gills, Pores, or Teeth: These structures appear under the mushroom's cap. They look similar to a fish's gills.

Ring: The ring (sometimes called the annulus) is the remaining structure of the partial veil after the gills have pushed through.

Stem or Stipe: The stem is the tall structure that holds the cap high above the ground.

Volva: The volva is the protective veil that remains after the mushroom sprouted up from the ground. As the fungus grows, it breaks through the volva.

Mycelium: The mycelium of a mushroom is essentially the root system. These thin strands stretch outward and downward to search through the soil for nutrients.

Here are some mushrooms we spotted on an ordinary walk here in the Pacific Northwest. Mushrooms are all around us! 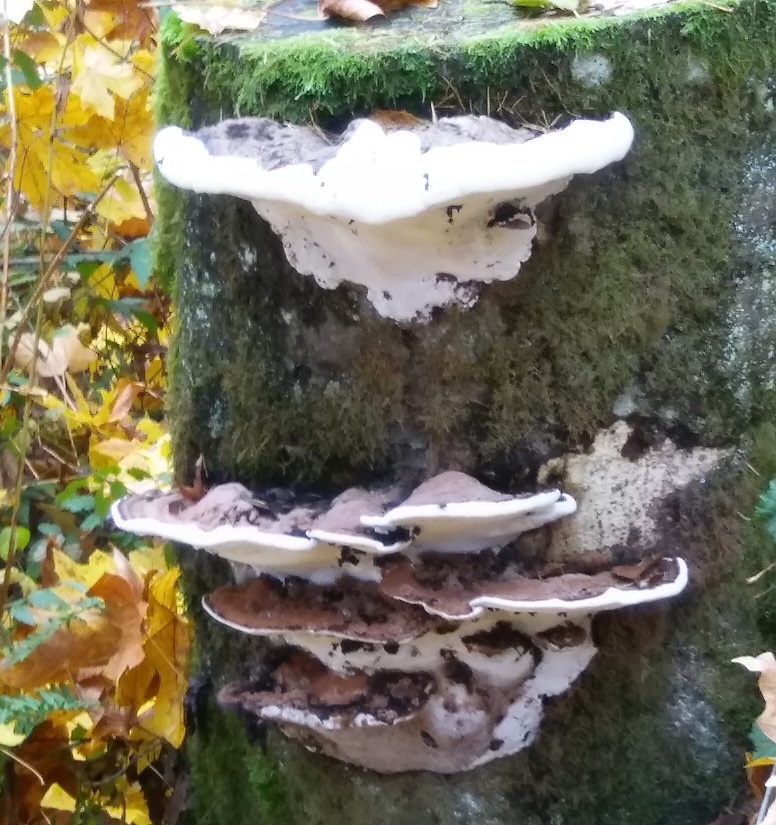